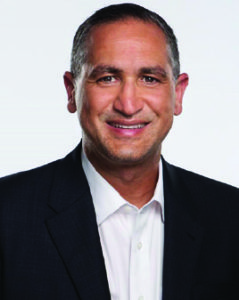 Dr. F. Nicholas Shamma is a founding member of IVF Michigan Fertility Center, founder of Gift of Life Surrogacy Agency, and one of the leading reproductive endocrinologists and infertility specialists in Michigan and Ohio. Dr. F. Nicholas Shamma is American Board Certified in both Obstetrics and Gynecology and Reproductive Endocrinology and Infertility. He has performed over 8,000 IVF cases and has helped several thousand couples achieve their dreams of parenthood. Dr. F. Nicholas Shamma has over 150 publications and abstracts in the fields of Obstetrics, Gynecology, and Infertility. One of his papers on the incidence of intra-amniotic infection and causes of preterm delivery of twins is one of the 50 most quoted papers in the field of Obstetrics and Gynecology, according to the American Journal of Obstetrics and Gynecology. Dr. Shamma’s professional interests include preimplantation genetics, recurrent pregnancy loss, assisted reproduction, third party reproduction, polycystic ovarian syndrome, congenital uterine anomalies, ethical considerations and infertility, gestational surrogacy, and fertility preservation. Dr. F. Nicholas Shamma is a very caring and expert physician that understands not only the medical but also the emotional toll of infertility on his patients. He offers them personalized care and compassion. This explains his success rates (one of the highest in the USA) in IVF, and also explains why he performs more IVF cases than any other specialist in the state of Michigan.

Dr. F. Nicholas Shamma currently serves on Men Having Babies’ Advisory Board.  It is a unique forum for discussing legal, medical, financial, and social issues that are relevant to surrogacy and gay parenting among knowledgable and caring professionals, parents, and surrogates.

Dr F. Nicholas Shamma received his medical degree from the American University of Beirut in 1985 with the highest distinction and was the first in his class during all four years of medical school. Following that, he began his internship at Yale New Haven Hospital in 1986. Dr F. Nicholas Shamma completed his residency and training in Obstetrics and Gynecology under the guidance of Chairman Professor Frederick Naftolin at Yale New Haven Hospital in 1990. He then went on to complete two externships at Harvard University in Gynecological Oncology and Gestational Trophoblastic Disease. In 1992, Dr F. Nicholas Shamma completed his two-year fellowship in Reproductive Endocrinology and Infertility at Yale University under Director Professor Alan DeCherney.

IVF Michigan Fertility Centers is committed to protecting the health and safety of our patients, staff and community. We are taking many precautions and following CDC guidelines for COVID-19.